The San Jose Jr. Sharks would like to congratulate Garrett Brown for being drafted in the 2022 NHL Draft! Brown was drafted in the 4th round, 99th overall by the Winnipeg Jets.

Brown, a defenseman, played for the Sioux City Musketeers in Sioux City, Iowa of the USHL during the 2021-2022 season. He scored 4 goals and 12 assists in 62 games this season enroute to a 2022 Clark Cup Championship. Brown will play for the University of Denver for the 2022-2023 season.

Brown played in the Jr. Sharks program his entire youth hockey career, and we couldn’t be more proud to see him take the next step as an NHL prospect! Brown is the first to have played in our Jr. Sharks House League and be selected in the NHL Draft. Congratulations on this very exciting achievement. 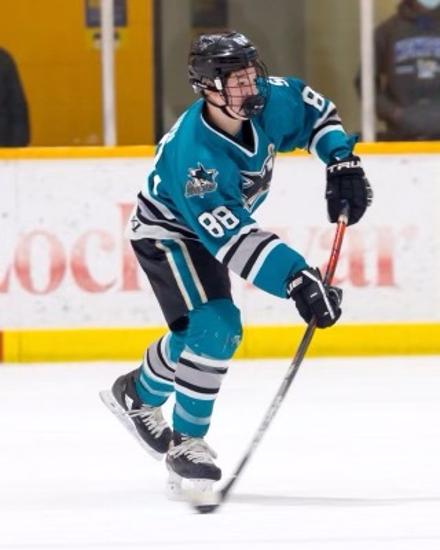